On Monday mid morning I had an appointment at the hospital for more balance tests. First they asked me loads of questions. I told them that I had stopped taking my tablets in October and that the last time I had a bad dizzy spell was Nov 5th. I told them that I had had two slightly dizzy days (one being the one where I fell down with the bottles just before Christmas) but I thought that I was probably/hopefully coming to the end of it.

I had to wear a pair of goggles with one eye blacked out that had a camera looking at my eye and then do various tests of looking at a square moving about on a big projected screen in front of me. Then they moved my head about for a bit and had me laying down and sitting up and another test was to put warm water in each ear (with a gap between to recover from the dizzyness). The results showed that I have got a balance problem but that it is only slight. It also showed that it was equal on both sides which apparently showed that my balance is now relearning to compensate so is probably on it's way to getting better.

They are going to send me a letter for me to see my consultant in a month or so.

When I came out I was surprised to learn that I had been in with them for an hour and a half. It did say on the letter that it could take between 1 and 2 hours but time past very quickly.

In about 2006 the government said that everyone with a kitchen and bathroom over 15 years old would have then replaced for new ones. I was in the other flat then and my kitchen was only 17 years old but it got replaced. When I moved to this flat in 2009 I saw it was a very old 1970's kitchen and asked if it would be replaced they promised me it would so I moved in to quite a bare kitchen. For a few pounds I tarted it up as I didn't want to spend much money if they were coming to replace it. Well it turned out that as the man who lived in the flat before me refused to have it done and that stays on the notes and the flat goes to the end of the queue. It doesn't matter if other tennants move in!!! STUPID!! so they told me that the end of the queue was in 2012, then 2013, and then 2014 and then I found out last week that the government kitchen and bathroom scheme is coming to an end in March this year! So I rang them up and they said they would send an inspector to see if it passed 'decent homes standard' which they then informed me for a single person is one double cupboard unit under the sink, a work top and one single wall cupboard! When I moved in that's what it had plus 1 unit of 3 drawers!

Anyway the inspector called yesterday and I stared to tell him my problems and he told me that he was the 'repairs' manager and that I wanted the 'investment team' manager! I told him crossly that that was who I had asked for and who I was expecting! He apologised, tutted and said it happens a lot and to ring them back to book the investment team inspector.

So that's my next thing I have to sort out.

I got a Cassette player that plugs into the computer by USB but my computer doesn't recognise it! It doesn't say 'this device is not recognised' it just doesn't show up anywhere. I've looked around and nothing. I've tried a different USB with the same result so I've sent a message to the company and we are in the process of sorting it out.

This is the first time I have ever had to send something back that I have bought on the internet so I'm a bit nervous!

When I moved in - 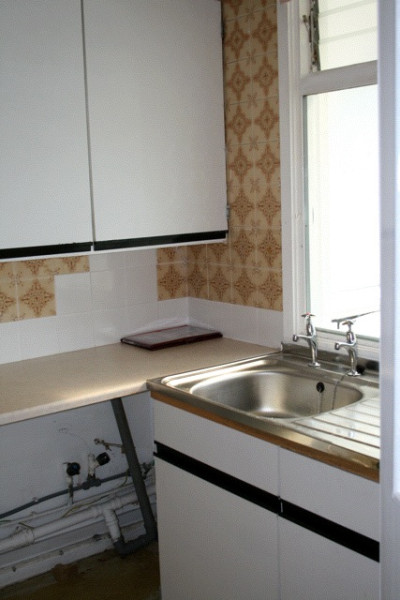 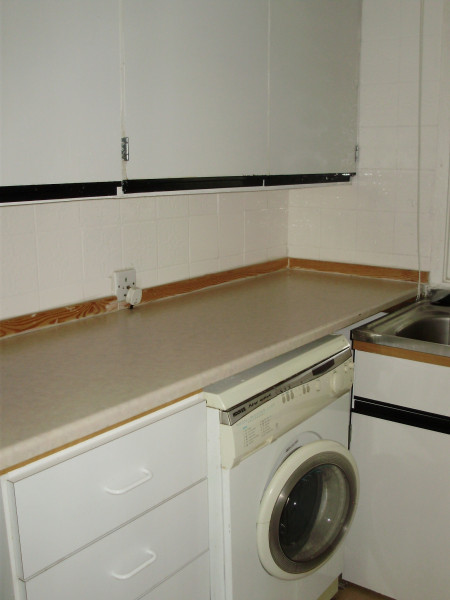 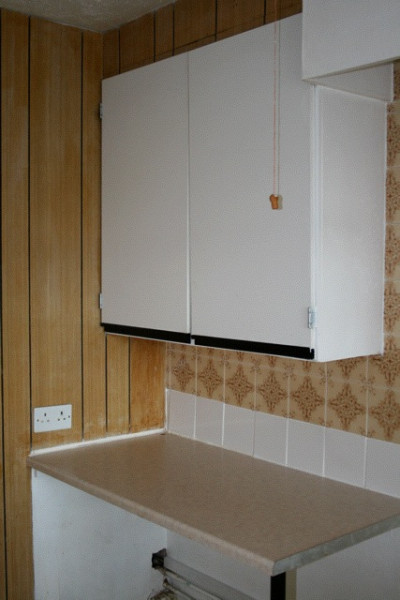 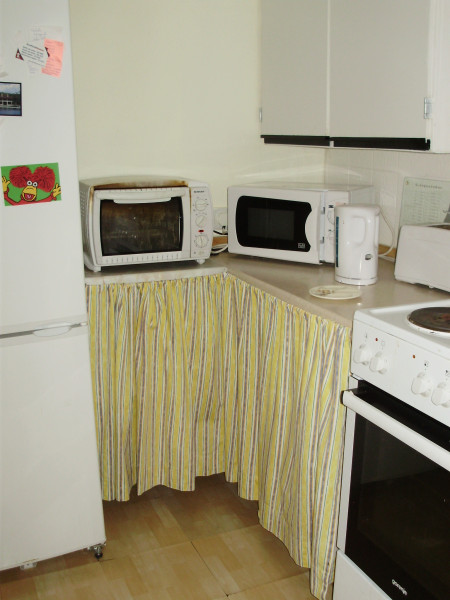 I've got a little oven next between the fridge and the microwave because the oven bit of my cooker is a bit rubbish and as I'm cooking for myself the little oven uses less elecricity than the big oven.

Also note on my fridge a lovely Red Fraggle fridge magnet that was a made for me as a gift a few years ago when we made things for each other on LJ. This is from

I have to say that I really like every song on this new playlist!