Hope you have a really great day x

edit: your Christmas card has just arrived thank you x 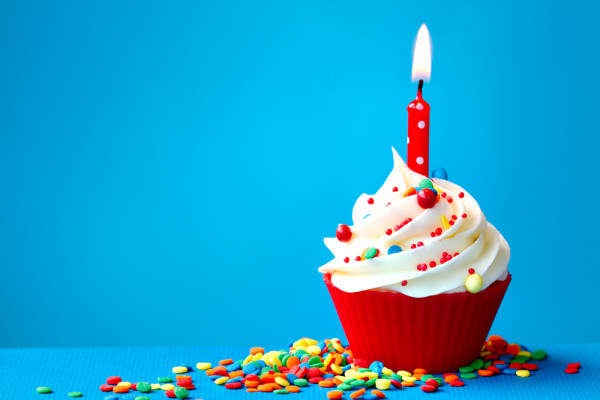 a very happy birthday
to

"Hallelujah" is a song sung by Alexandra Burke, the winner of the fifth series of the reality television show The X Factor.

The song is written by Canadian singer-songwriter Leonard Cohen but achieved little initial success. The song found greater popular acclaim through a cover by John Cale, which inspired a cover by Jeff Buckley.

Many cover versions have been performed by many and various singers, both in recordings and in concert, with over 300 versions known. The song has been used in film and television soundtracks and televised talent contests.

"Hallelujah", in its original version, is in 6/8 time, which evokes both waltz and gospel music. Written in the key of C major, the chord progression matches lyrics from the song: "goes like this, the fourth, the fifth, the minor fall, and the major lift": C, F, G, A minor, F.

Cohen wrote around 80 draft verses for "Hallelujah". His original version, as recorded on his Various Positions album, contains several biblical references, most notably evoking the stories of Samson and traitorous Delilah from the Book of Judges ("she cut your hair") as well as the adulterous King David and Bathsheba ("you saw her bathing on the roof, her beauty in the moonlight overthrew you"). Different interpretations of the song have included different verses, out of the over 80 verses Cohen originally wrote.

Alexandra Burke, the winner of the fifth series of the reality television show The X Factor, released a condensed cover version of the song as a prize for her victory. It reached Christmas number one on the UK Singles Chart on 21 December 2008.

The release of Burke's cover created interest in the previous versions of the song, including a Buckley fan campaign to take Buckley's cover to the top of the Christmas chart and therefore deny Burke the top spot. The campaign was fuelled by Buckley fans' dislike of The X Factor '​s commercialism and the song's arrangement, as well as their desire to introduce younger people to Buckley's version. Burke herself was not enamoured of the choice of song, remarking "It just didn't do anything for me."

Burke's version broke a European sales record after selling over 105,000 digital downloads in just one day, breaking the previous record set by Leona Lewis. The song sold 576,000 copies in its first week, becoming the fastest-selling single released by a woman in the United Kingdom and the 2008 Christmas number one, while Buckley's cover charted at number two and Cohen's original version at number 36.

Rage Against The Machine - Killing In The Name
2009
(NSFW video - lyrics are explicit and therefore nsfw or radio playable!)

"Killing in the Name" is a song by American rap metal band Rage Against the Machine, featured on their self-titled debut album, and was released as the lead single from the album in November 1992. In 1993, the song peaked at number 25 in the United Kingdom. Written about revolution against institutional racism and police brutality, "Killing in the Name" is widely recognized as the band's signature song, and has been noted for its distinctive guitar riffs and heavy use of strong language.

"Killing in the Name" has been described as "a howling, expletive-driven tirade against the ills of American society. The song repeats six lines of lyrics that associate police brutality with racism, and then switches to the refrain, "Some of those that work forces, are the same that burn crosses," an allusion to cross-burning by the Ku Klux Klan. The song's lyrics reference the allegation that some members of US police forces are members of the Ku Klux Klan organization, whose symbol is the burning cross. The BBC News website refers to it as railing against "the military–industrial complex, justifying killing for the benefit of, as the song puts it, the chosen whites." The song reflects the racial tensions that exist in United States; it was released six months after the Los Angeles Riots, an event triggered by the acquittal of four white police officers who beat black motorist Rodney King.

"Killing in the Name" was originally written and recorded shortly after Rage Against the Machine formed as part of a 12 song self-released cassette. The band's first video for "Killing in the Name" did not receive heavy airplay in the United States due to the explicit lyrics. The song received substantial airplay in Europe and drove the band's popularity outside its home country.

The song earned its notoriety in the United Kingdom on February 21, 1993, when BBC Radio 1 DJ Bruno Brookes accidentally played the full uncensored version of the song on his Top 40 countdown, leading to 138 complaints. It should be noted that Brookes was recording an advertisement for next week's Top 40 Countdown while the song played. This moment of infamy has since been consistently referenced by numerous British rock media.

The song drew controversy again in Britain on November 2008, when it was played over the speakers in an Asda supermarket in Preston, Lancashire, prompting numerous complaints from customers.

In 2012 Tom Morello criticized the UK Independence Party (UKIP) for using the song "Killing in the Name"; Morello stated: "Hey UKIP & Nigel Farage: Stop using 'KILLING IN THE NAME' for your racist/rightwing rallies. We are against everything you stand for. STOP. IT."

In early December 2009, English DJ Jon Morter and his wife Tracy launched a group on the social networking site Facebook encouraging people to buy the song in the week running up to Christmas in order to prevent the winner of the X Factor television show from achieving the Christmas number one slot in the United Kingdom for the fifth year running. On December 15, the BBC reported the group had over 750,000 members.

As the X Factor song was donating some of the profits to charity, the Rage against X Factor campaign encouraged supporters also to give to charity. Alongside the group, a JustGiving page was created to raise money for homeless charity Shelter which, as of 20 December, was reported to have raised over £70,000 (approximately $110,000).

After the creator of The X Factor, Simon Cowell, publicly denounced the campaign as "stupid" and "cynical", the group gained more attention and went on to be mentioned on various UK news channels, radio stations and websites. Rage Against the Machine added their support to the campaign. Guitarist Tom Morello said that achieving the Christmas number one would be "a wonderful dose of anarchy" and that he planned to donate the unexpected windfall to charity. Critics noted that both The X Factor and Rage Against the Machine are signed to labels that are part of Sony BMG. Tom Morello dismissed conspiracy claims as ridiculous. After its occurrence, Kasabian's Tom Meighan and Sergio Pizzorno expressed their happiness at the campaign's success in an NME interview, where they also heavily criticised The X Factor.

The band created controversy when they performed an uncensored rendition of the song on BBC Radio 5Live despite the hosts asking them to censor the expletive end. During the crescendo of their performance, frontman Zack De La Rocha started out only singing "I won't do what you tell me," with a pause where he normally sings "Fuck You", but after a few lines, he screamed the lyrics, "Fuck you, I won't do what you tell me" repeatedly. Hosts Nicky Campbell and Shelagh Fogarty apologized afterward.

On December 20, 2009, BBC Radio 1 revealed the song had successfully reached the number one spot, selling over 500,000 copies and being the first exclusively download-only single to be Christmas number one in the process. The following week Joe McElderry's cover of the song "The Climb" became the last British #1 single of 2009. Killing In The Name dropped to number two, falling 38 places to #40 the week after, and dropping out of the top 75 the following week, falling to #100.

On June 6, 2010, Rage Against The Machine performed at a free 'thank you' gig for 40,000 fans in Finsbury Park. On stage Tracy and Jon Morter were handed a representative cheque in the amount of £162,713.03, representing the proceeds from donations to JustGiving and royalties from sales of the single.

As a result of the campaign, the song is featured in the 2011 UK edition of the Guinness World Records under the category of 'Fastest-selling digital track (UK)', after recording 502,672 downloads in its first week.

(lyrics are explicit and nsfw or radio playable!)