It was one of my best friends hen party this afternoon. It was great! It was so much fun and it was just my sort of thing!

My friend had hired a lovely cafe for the private party and twenty of us had afternoon tea with bucksfizz. (and tea obviously!).  When we got there the tables were beautifully decorated.

We met at 12noon and left at around 3pm. 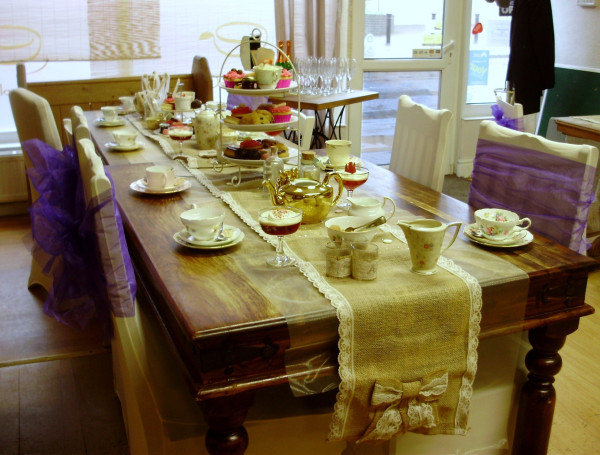 My friend has said that as her mother and her mother-in-law-to-be were both going she had asked for no rude cakes or buns to be ordered. She said that she knew that the two ladies wouldn't mind at all but she wanted to keep it all non-rude. The cafe owner apologised to my friend at the beginning of the meal and told her that the baker had in fact sent 30 rude buns in amongst the others so they had had to put out three to make up the bun numbers but they had tried to hide them amongst the other buns.

I ate too many sandwiches, buns, cakes, trifles and scones! I've not eaten anything else since!
Collapse